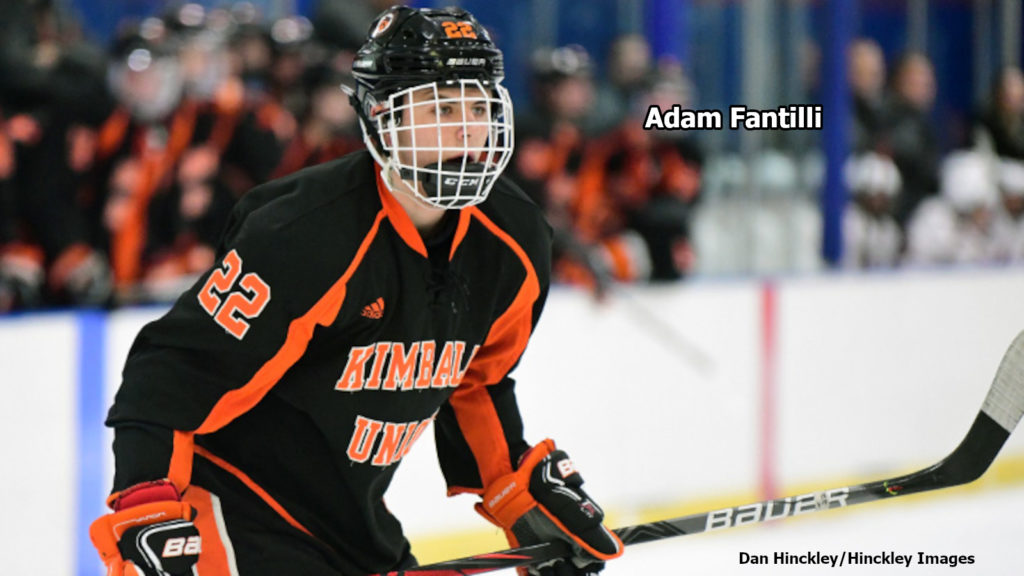 The Battalion sent Saginaw, which chose Fantilli in the first round, 18th overall, of the 2020 OHL Priority Selection, the Sarnia Sting’s sixth-round pick in the 2022 Priority Selection and four conditional choices, including two second-rounders.

Fantilli, who turns 17 on Oct. 12 and is preparing for a second season with the Chicago Steel of the United States Hockey League, plans to attend the University of Michigan starting in 2022-23.

“Adam is an exceptional player and one whom most in the hockey world would know about by now,” said Battalion general manager Adam Dennis.

“We understand that he has a clear path for what he would like to do next but, if anything were to change, we feel we would be a great place for him to continue in his development.

“Adam and his family were great to speak to in advance of the draft, and we’re thrilled to have had the opportunity to acquire his rights.”

The Battalion held the No. 1 spot in the 2020 Priority Selection, choosing defenceman Ty Nelson of the Toronto Jr. Canadiens minor midgets.

In accordance with OHL rules, the Spirit, which declared Fantilli defected when he declined to report, is to receive a compensatory first-round pick, one slot later than that with which he was taken, in the 2022 Priority Selection. From the Battalion, Saginaw receives all four conditional picks if Fantilli plays an OHL game before the 2023-24 season and just the second-round picks if he plays his first OHL game in 2023-24.

A six-foot-two, 190-pound resident of Nobleton, Ont., Fantilli scored 18 goals and added as many assists for 36 points in 49 games with Chicago in 2020-21, adding eight goals and one assist for nine points in eight playoff games as the Steel won the Clark Cup. He was named the most valuable player in the playoffs.

Fantilli was selected by Saginaw after a 2019-20 season with Kimball Union Academy of Meriden, N.H., in which he scored 18 goals and added 18 assists for 36 points in 26 games. He played two games to start the season with the Jr. Canadiens minor midgets, posting two goals and one assist, after scoring 26 goals and earning 15 assists for 41 points in 32 Greater Toronto Hockey League games with the Toronto Red Wings minor midgets in 2018-19.