Troops look to bounce back 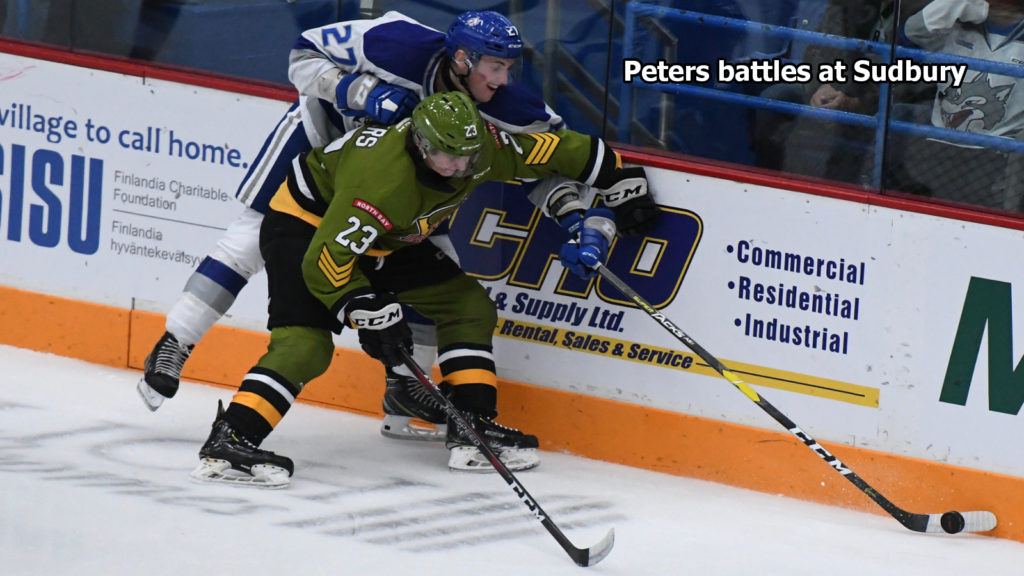 NORTH BAY, Ont. — The North Bay Battalion seeks to rebound from its biggest defeat of the new season in two Ontario Hockey League games in as many days.

The Battalion, with a won-lost-extended record of 1-3-0, plays host to the Peterborough Petes at 7 p.m. Thursday before visiting the Oshawa Generals at 7:35 p.m. Friday.

The Battalion suffered an 11-3 setback to the host Sudbury Wolves last Friday night after defeating the Kitchener Rangers 3-2 in overtime at home Thursday night.

“We were pretty excited the way our young team played against Kitchener,” Stan Butler, director of hockey operations and head coach, said Wednesday. “To hold them to no even-strength goals against was really good.

“Our first period in Sudbury was actually quite good. It was 1-1, and they scored in the last minute to make it 2-1, and then to say we fell apart in the second period would be an understatement. It made for a long evening and a lot of times seeing that wolf cross the ice.”

The Petes, 2-1-0 and one-third of the way through nine straight road games, are led offensively by centre Semyon Der-Arguchintsev. He has eight assists for as many points in three games, ranking second in the league to 10 assists in five games by the Saginaw Spirit’s Ilya Solovyov.

“They’re an extremely balanced team,” Butler noted of the Petes, whose home opener is Oct. 17, after the completion of work on the Peterborough Memorial Centre. In their only game of the weekend, they defeated the Ottawa 67’s 3-2 last Sunday on a third-period goal by Zach Gallant, who also had an assist.

“We’ve got to play a very consistent game. We cannot be outworked and we cannot turn pucks over.”

Brad Chenier and Mitchell Russell have a team-leading four points apiece for the Battalion, left winger Chenier with two goals and right winger Russell with one. Each has played four games.

Butler said the Battalion, with the OHL’s youngest roster, is committed to a youth movement and ready to devote the necessary ice time to the newer players.

“We’re going to give them a lot of rope this year, because we’ve got to develop players.

“To patch holes here and there, it might be good short-term but, if we’re going to get this thing where we want it to be longterm, then we have to be patient with these young guys.”

This is the third week in which the Troops have just two games, but that changes with the long weekend coming up, when they’ll play three games in five days starting next Thursday night.

The Peterborough game marks Disability Employment Awareness Night, presented by Community Living North Bay, which will have a display at Memorial Gardens.

There will be prizes for season ticket holders and other lucky seat draws for gift cards from various restaurants, a Sidney Crosby action figure and Mario Lemieux cards. The CLNB Employment Services booth will conduct a draw for a gift basket, which is to include a Connor McDavid wall piece.