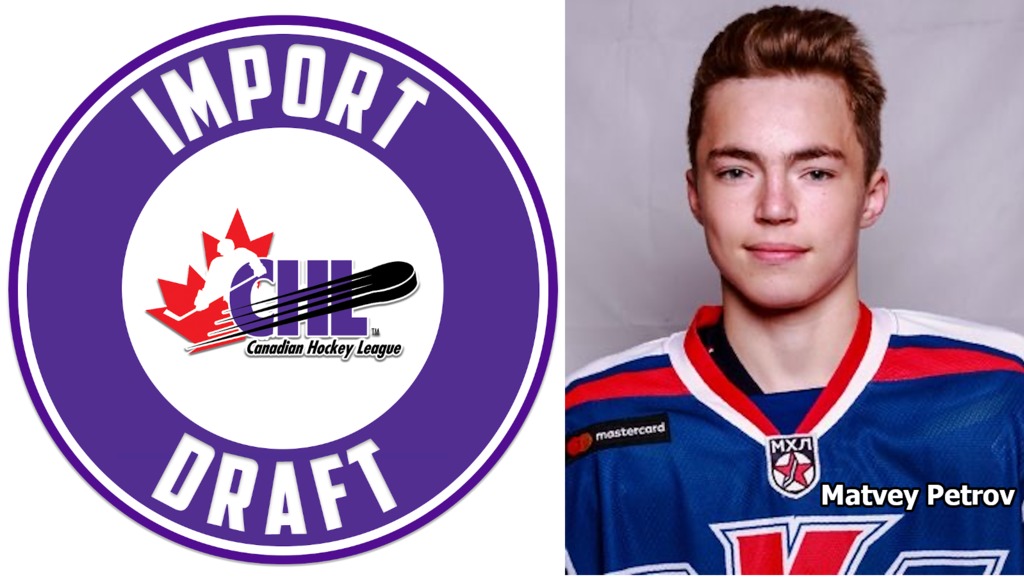 “Our group’s worked really hard on this one,” said general manager Adam Dennis of the Ontario Hockey League’s Battalion.

“We had a couple of conversations with him prior to get comfortable, and there was a familiarity with Guskov as well, so we felt very comfortable with the selection and think he’s going to add a lot to our program.”

“We want to be a really hard team to come in and play against and, to do that, you have to have depth in this league,” said Oulahen.

“Now we have an opportunity to put combinations together in our minds, although we’re going to let the players sort that out and give a lot of guys opportunity. But when you add to the depth and skill and talent, you now have competition on your team and you’re going to get the most of everyone on a nightly basis.”

Said Oulahen of Petrov: “He’s an extremely electrifying player, can shoot the puck, has high-end skill, and he’s going to want to score goals. He’s the hockey-addiction type of player that we want in our program right now.”

The Troops had been set to select first in each of the CHL Import Draft’s two rounds, which was held via the Internet, but the Guskov trade meant they passed on their second pick.

The CHL’s three member leagues, the OHL, Quebec Major Junior Hockey League and Western Hockey League, rotate the order of selection from year to year, with the sequence of picks within each league determined by the inverse order of regular-season standings. Non-playoff teams are guaranteed the OHL’s first four spots.

Russia led with seven picks, followed by Belarus and Slovakia with three apiece and the Czech Republic, Finland and Switzerland with two each. Other countries represented were Denmark, Germany, Latvia and Sweden.

A total of 66 choices were made in the 29th annual draft, consisting of 38 forwards, 22 defencemen and six goaltenders from 11 countries, featuring a high of 15 from Russia. Fifty of the 60 CHL clubs participated, including 20 WHL teams selecting 25 players and 13 QMJHL clubs choosing 18 players. At 66, total selections were the fewest since 62 in 2011, while 10 teams passing in the first round hadn’t happened since 2000.

The CHL Import Draft usually is held in the week after the National Hockey League Draft, but the NHL proceedings have been delayed by the coronavirus pandemic.