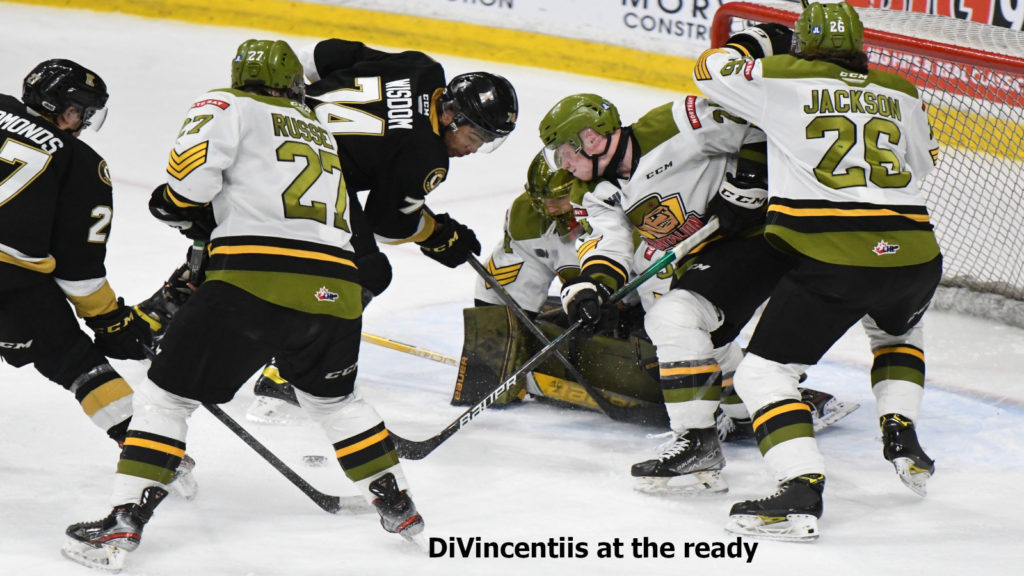 NORTH BAY, Ont. — The North Bay Battalion is positioned to end its Ontario Hockey League second-round playoff series starting at 7 p.m. Saturday on home ice. The Kingston Frontenacs, of course, have other ideas.

“That last one is always the hardest to win,” Battalion coach Ryan Oulahen observed Friday after a 4-3 victory Thursday night at Kingston gave North Bay a 3-1 lead in games in the best-of-seven Eastern Conference semifinal.

“It’s going to be a crucial game,” said Oulahen, stating the obvious. “We’re going to see their best effort. They’re going to bring it, especially early on.”

Mitchell Russell had two goals, including the winner, as the Battalion seized a 4-0 lead in Game 4 before Kingston clawed back with three goals in the last 10:02, including a pair in the final minute.

“Guys were fine,” Oulahen said of the Troops’ composure during Kingston’s surge.

“It’s awesome when it’s not even me saying it. There are guys on our bench turning and looking at me and saying, ‘No problem.’ That’s the maturity and the growth that we’re seeing on this team right now.”

After the Battalion fell behind 3-0 in Game 2 at home last Sunday before losing 5-4 in overtime and trailed 2-0 Tuesday night at Kingston before prevailing 6-3, Oulahen was pleased with the start in the fourth game.

“We had a really good, strong first two periods especially, and even in the third period we knew they were going to come. They’re a really, really talented hockey team and they just showed how dangerous they can be in the last five minutes of the hockey game and made it close.”

That said, Oulahen noted that “there’s still room for improvement.”

“In the last 10 minutes I don’t like how we kind of let them back into it and gave them some belief.”

Russell leads scorers in the series with seven goals and five assists for 12 points, while Brandon Coe has two goals and seven assists for nine points. Kyle Jackson, who scored four goals in Game 3, also has two assists for six points.

Kingston’s Francesco Arcuri, who scored one goal and added an assist Thursday night, has four goals and five assists for nine points, and Paul Ludwinski and Shane Wright have five points apiece, Ludwinski with two goals and three assists and Wright with five assists.

Leevi Merilainen has been in goal for the whole series for the Frontenacs, who were to travel to North Bay on Friday. Goaltender Dom DiVincentiis has played the last two games for the Battalion after taking the overtime loss in Game 2 in relief of Joe Vrbetic, who played the opener.

If Kingston wins the fifth game, the sixth will be played at the Leon’s Centre at 6 p.m. Sunday. It would be seen live in North Bay on Your TV Channels 12 and 700.

The Battalion holds a development camp, what formerly was termed an orientation camp, for about 30 prospects Saturday and Sunday, including fitness testing and skills sessions for both goaltenders and skaters and culminating in a scrimmage at 8 a.m. Sunday. Camp participants, many of whom were picked in the OHL Priority Selection held April 29-30, are to attend the game Saturday night.