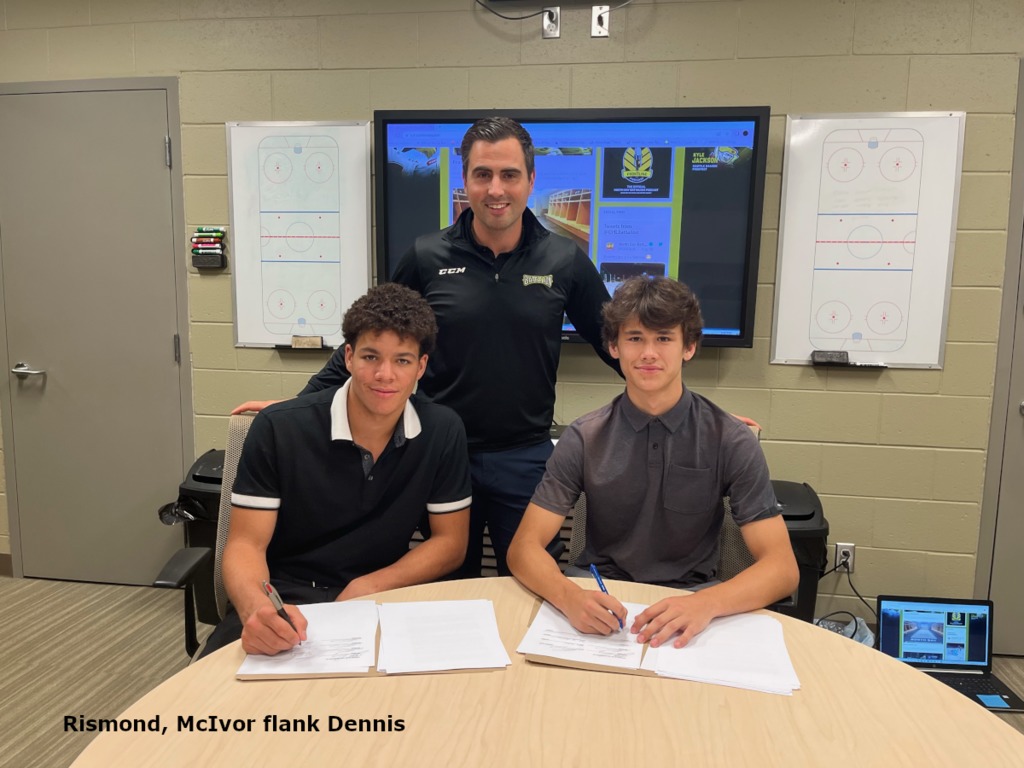 The signings came on the third day of the team’s training camp at Memorial Gardens, which saw numbers reduced to 29 from the original 49. A further three players weren’t in attendance at the four-day camp, which ends at midday Thursday.

“Tyson showed up to camp in great shape and clearly dedicated himself to his fitness routine this offseason,” said general manager Adam Dennis, who noted that Rismond, from Chelmsford, Ont., will join the affiliated Powassan Voodoos of the Northern Ontario Junior Hockey League.

“He has shown great promise in scrimmages so far and will be a quick study under our coaching staff. Tyson will be fulltime with Powassan this season but will remain ready for a call-up in case of injury.”

Dennis said McIvor, a resident of Warkworth, Ont., will play with the North Bay Trappers U18 program.

“He’s shown great athleticism and hockey sense in the two camps we’ve had so far and has the pedigree to become a big-game goalie.”

In the second of two intrasquad games, which featured 14 per roster playing periods of 12, 12 and 15 minutes, Team Green defeated Team White 8-5 for a fourth straight victory. Charlie Robertson went the distance for the win in goal, while McIvor manned the White crease.

Camp, which opened with off-ice activity Monday, ends Thursday after a final intrasquad game at 9 a.m., admission to which is free.

Absent were defenceman Avery Winslow, recovering from offseason surgery at home in St. Pete Beach, Fla., and Russian imports Matvey Petrov, a left winger, and rearguard Alexander Lukin, both of whom are expected to arrive Saturday.

Green surrendered the first four goals, including three in the opening frame, before rallying to win. White led 4-3 after two periods.