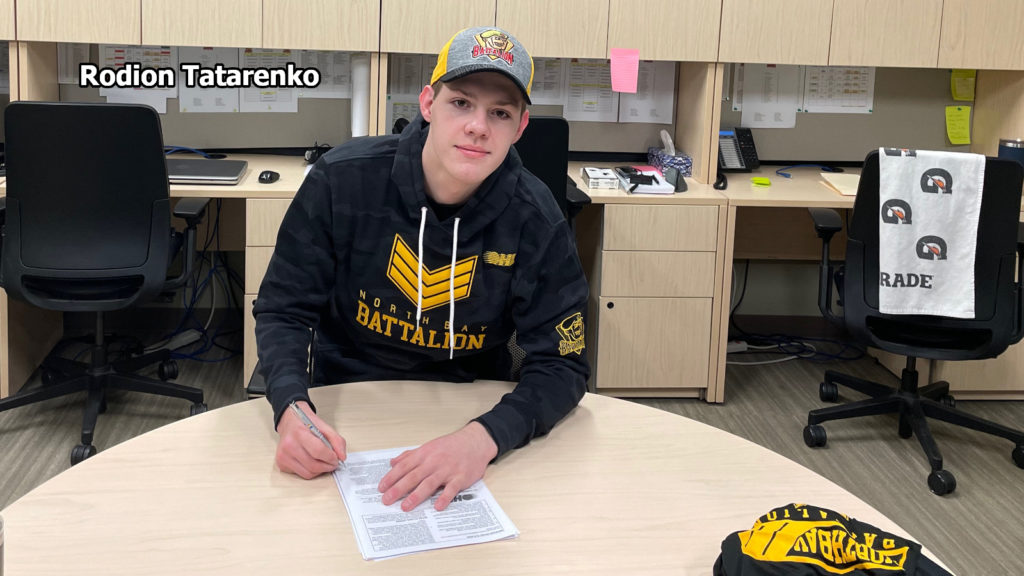 The Battalion chose centre Tatarenko in the ninth round of the 2020 OHL Priority Selection from the Toronto Red Wings minor midgets, with whom he scored 13 goals and added as many assists for 26 points in 31 Greater Toronto Hockey League games in 2019-20.

Tatarenko, six-foot-two and 184 pounds, is playing this season with the Powassan Voodoos, the Battalion’s junior A affiliate in the Northern Ontario Junior Hockey League. He leads Powassan in scoring with nine goals and eight assists for 17 points in 13 games.

“Rodion is a big, strong kid who’s made great strides in his short time with Powassan,” said Battalion general manager Adam Dennis. “He’s a highly skilled player who doesn’t shy away from the physical side of the game.

“Rodion will continue his year with Powassan, getting some workouts and practices in with our team, while staying ready in case of injury. We look forward to working with Rodion toward his goal of becoming a fulltime member of the Battalion.”

Tatarenko, a left shot who turned 17 on June 23, is a native of Stavropol, Russia, who lives in Toronto.