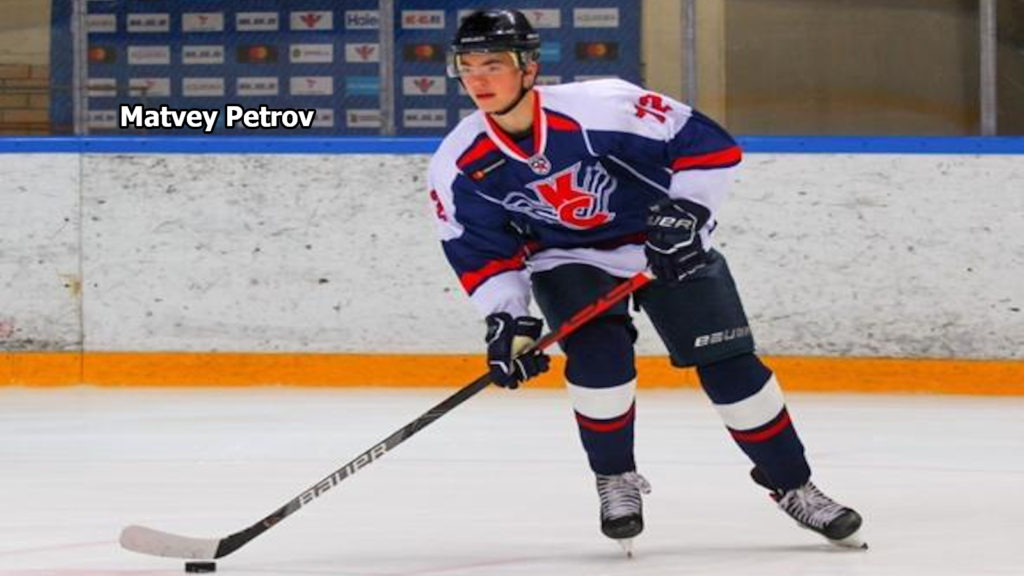 Vrbetic, an 18-year-old second-year goaltender, is rated a B prospect, projected as a second- to third-round candidate for the 2021 NHL Draft, as he was in the first such rankings, released in October.

Right winger Petrov, 17, also has a B rating, making him a fourth- to sixth-round candidate identified from leading developmental leagues. He was rated C in October.

A six-foot-six, 180-pound resident of Dunvegan, Ont., Vrbetic was a second-round pick in the 2018 OHL Priority Selection from the Don Mills Flyers minor midgets.

The Battalion selected Russia’s Petrov with the first overall pick in the Canadian Hockey League Import Draft on June 30. He has played 38 games this season with the top-level junior Moscow Krylya Sovetov, or Soviet Wings, scoring 16 goals and adding 12 assists for 28 points.

Four OHLers hold A ratings. Listed alphabetically, they are defencemen Daniil Chayka of the Guelph Storm and Brandt Clarke of the Barrie Colts and centres Mason McTavish of the Peterborough Petes and Francesco Pinelli of the Kitchener Rangers.

A total of 26 OHL-related forwards are listed, as well as 19 defencemen and seven goaltenders.

In normal years, the October ‘Watch’ list is followed by four actual numerical rankings, of North American- and European-based skaters and goaltenders, in each of the midseason and late-season periods.

Players are first-time eligible for the seven-round NHL Draft in the year in which they turn 18, unless they were born Sept. 16 or later, in which case they must wait until the following year.

The San Jose Sharks selected right winger Brandon Coe of the Battalion in the fourth round, 97th overall, of the 2020 NHL Draft conducted in virtual fashion Oct. 6-7.