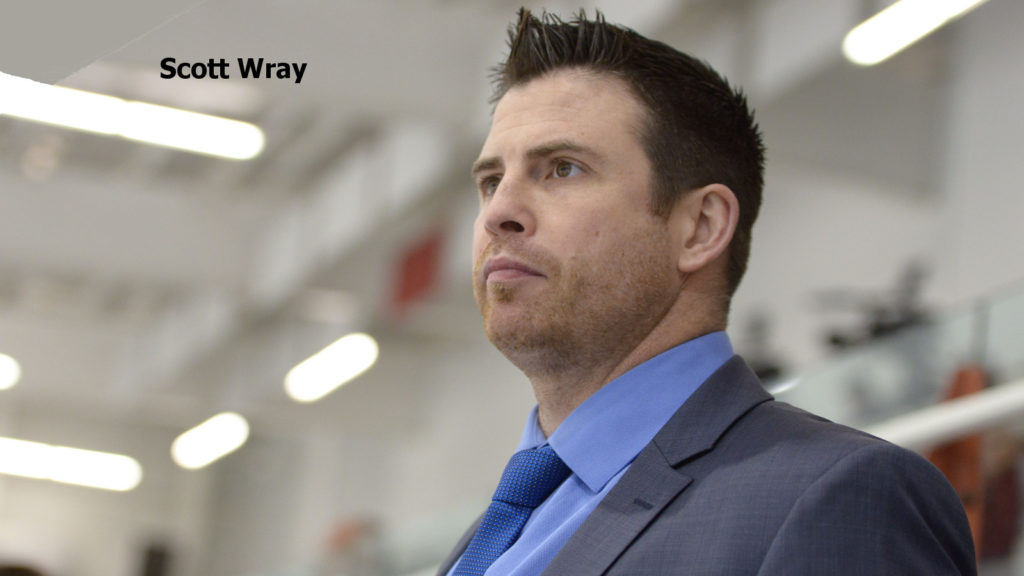 Wray, a North Bay resident, served as head coach of the affiliated Powassan Voodoos in their first three seasons, leading the team to a Northern Ontario Junior Hockey League title in 2016-17.

A 37-year-old Ottawa native, Wray replaces John Dean, a former teammate with the OHL’s North Bay Centennials, who resigned for family reasons and has taken the position of head coach with the Toronto Patriots of the Ontario Junior Hockey League.

“I’m really excited to be coming in as an assistant coach with the Battalion,” said Wray. “I’m really looking forward to the challenge and want to thank all the people that were involved in giving me this opportunity.

“I’d also like to thank the Voodoos for three great years and all the friendships I’ve gained over that time. It was a special season, and I’m very glad we got to bring a championship to Powassan.”

Stan Butler, the Battalion’s director of hockey operations and head coach, said Wray has earned his spot with the OHL club.

“Not only do we develop players in our organization, we also develop coaches,” said Butler. “Scott took the Voodoos job three years ago and won a championship and deserves a chance to coach in our league.”

Left winger Wray was selected by the Owen Sound Platers in the fourth round, 55th overall, of the 1996 OHL Priority Selection and played 21 games with them in 1996-97 before joining the Centennials in the same season.

In 179 OHL games with Owen Sound, North Bay and the Plymouth Whalers, he scored 41 goals and earned 54 assists for 95 points while amassing 156 penalty minutes. He played 150 games with the Centennials, scoring 38 goals and adding 48 assists for 86 points with 141 PiM.

After completing his OHL career with Plymouth in 1999-00, he played in six professional leagues, including two in England, before retiring after the 2013-14 season, his fifth with the South Dakota-based Rapid City Rush of the Central Hockey League. In 692 regular-season CHL games, believed to be a league record, he had 287 goals, 302 assists, 589 points and 838 PiM.

Wray scored the title-clinching goal in Game 6 of the 2010 President’s Cup final against the Allen Americans.

The Battalion coaching staff for 2017-18 consists of Butler, Wray, Adam Dennis and Bill Houlder, who will work part-time with the defence corps.

Dean was with the club for three seasons, having succeeded John Goodwin in 2014. Assistant coach Ryan Oulahen, a Battalion captain when the team was based in Brampton, left a year ago to take the head job with the Flint Firebirds.