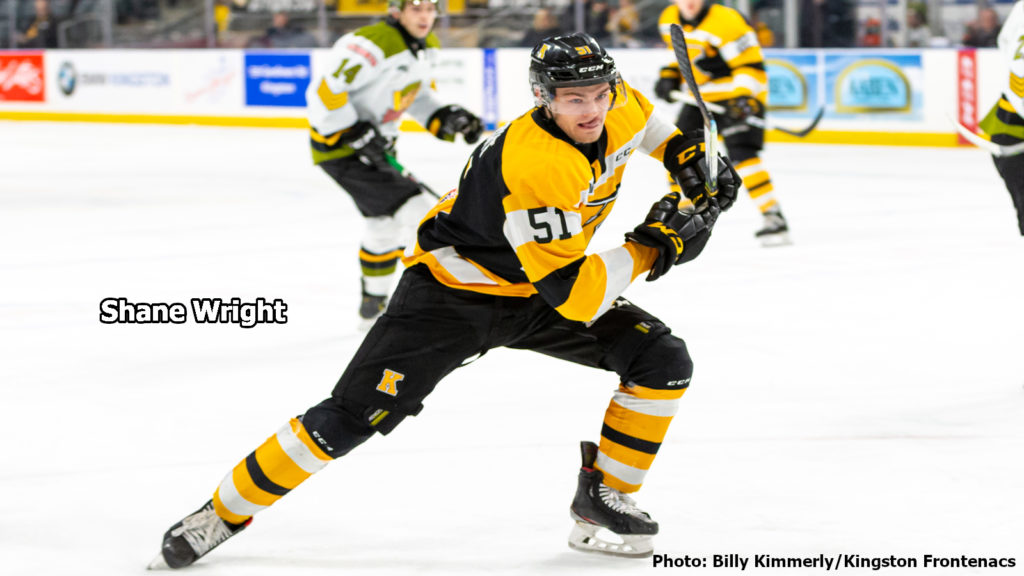 And one of the players he’s chasing skated for the Battalion.

Centre Wright is the fifth OHLer and sixth Canadian Hockey League player to have been granted exceptional player status to play major junior at the age of 15 since the procedure was established under Hockey Canada in 2005, but players younger than 16 predate the system.

Wright, a Burlington, Ont., resident who turned 16 on Jan. 5, leads OHL rookies with 39 goals and 27 assists for 66 points in 55 games. He was taken first overall in the OHL Priority Selection last April from the Don Mills Flyers minor midgets, for whom he played with Battalion rookies Liam Arnsby, a first-round pick, and twins Paul and Alex Christopoulos, taken in the second and third rounds respectively.

Jason Spezza, who played for the expansion Brampton-based Battalion in 1998-99 under a residency rule then in effect, produced 71 points on 22 goals and 49 assists in 67 games to rank second in points in an age-15 season in what’s considered the OHL’s modern era, starting in 1967-68 when the predecessor Ontario Hockey Association Junior A league grew to 10 clubs.

Aaron Ekblad scored 10 goals and earned 19 assists for 29 points in 63 games with the Barrie Colts in 2011-12, and fellow defenceman Sean Day, a Belgian-born resident of Rochester, Mich., who debuted with the Mississauga Steelheads in 2013-14, is the other player granted special status for the OHL. He had six goals and 10 assists for 16 points in 60 games as a rookie.

The other CHL player at 15 was Joe Veleno, who joined the Saint John Sea Dogs of the Quebec Major Junior Hockey League in 2015-16, scoring 13 goals and adding 30 assists for 43 points in 62 games. The Western Hockey League has yet to see a player receive special status.

Tavares, Ekblad and McDavid all were No. 1 picks in both the OHL Priority Selection and the National Hockey League Draft. Day, who went fourth in the OHL and 81st in the NHL process, has never played an NHL game. He now is with the Maine Mariners of the ECHL, once known as the East Coast Hockey League.

Wright collected a hat trick by scoring the first three goals in a 6-1 road victory Saturday night over the Flint Firebirds before being held without a point in a 10-2 loss Sunday to the host Windsor Spitfires. He has 14 goals and 10 assists for 24 points in the last 14 games.

Wright is reported to have set a franchise record for goals by a rookie, surpassing the 36 scored by Bernie Nicholls in 1979-80 when the club was called the Canadians. But the Kingston franchise has been considered a resuscitation of the Montreal Junior Canadiens franchise after a year’s hiatus, calling that claim into question.

With nine games left on the schedule, Wright would have to exceed, although only fractionally, his season-long pace of 1.2 points per game to surpass Tavares for the super-underage scoring record. In three games against the Battalion, Wright has two goals and one assist for three points.